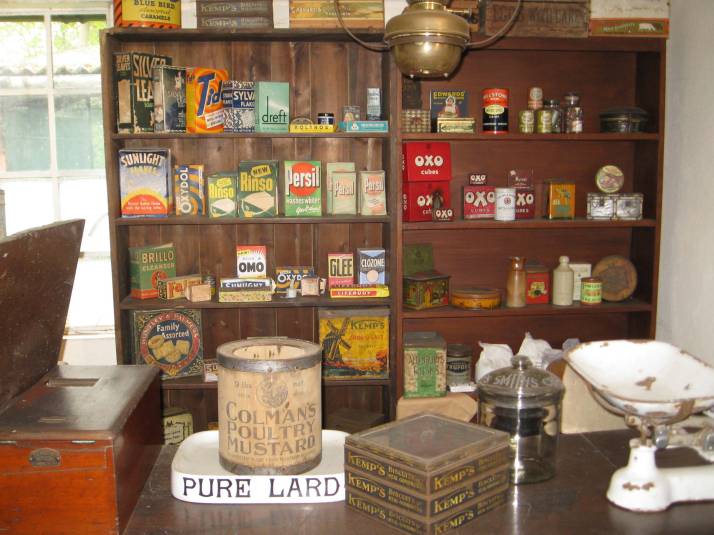 The Museum of East Anglian Life is one of the biggest Museums in Suffolk, occupying over 80 acres of countryside in the heart of Stowmarket.

The land was originally part of the Home Farm for the Abbot’s Hall estate, an outlying medieval manor of St Osyth’s Priory in Essex. It passed through numerous owners until it was purchased by the Longe family in 1903.

Huge changes in the 1950s and ‘60s meant England was in danger of losing long established skills, equipment and buildings if something was not done to rescue them. Individual collectors, local farmer Jack Carter and the Suffolk Local History Council worked to collect, preserve and display objects from rural East Anglia. After several years of temporary exhibitions the Misses Vera and Ena Longe placed 70 acres of farm land, Abbot’s Hall and its gardens, as well as 18/20 Crowe Street, in trust to be used as a Museum.

And so – the Museum of East Anglian Life opened in 1967 and is a modern memorial to this foresight and vision.

The party of Capel Ladies (plus 2 Capel Gents!) began their visit with a delicious lunch at the on-site Osier Cafe, where an ex-member, Joan Molle, joined us for the meal.

Our guide Catherine then took us into the huge tithe barn to tell us the story of how the museum began, and how it has evolved since, with additional buildings being moved from their original locations and re-erected on the museum site. One of these was Alton Water Mill – moved from Tattingstone before Alton Water reservoir was created!

We then walked to Crowe Street Cottages, 2 semi-detached dwellings near the entrance to the museum, which had been built in the early 18th century as farm-workers cottages, and which had been occupied until the 1960s. Catherine then told us the story of the last family to live there, the Wildings, and what the property had been used for over the years. Much of their furniture and belongings were still to be seen, and in some rooms it was as if the family had just popped out for a minute and were expected back at any time! Mrs Emily Wilding had been the Head Cook at Abbot’s Hall, and her husband was Head Horseman. The cottages had been their family home and then a dairy where Mrs Wilding made butter, and from where she sold the spare milk at the door to people who called with a jug or a bottle.

After this we were free to explore buildings and displays on the rest of the site, and the exhibits we saw included a Victorian schoolroom, some shops laid out like the early ‘50s, and a collection of gypsy caravans. There was so much to see none of us could do it justice in the time remaining, but after this taster we all decided that we would each pay a further visit later in the year. There is lots happening in 2016 – Abbot’s Hall was voted Suffolk’s Museum of the Year 2015, and many exciting events are planned for this year!

We can all do our bit for wildlife, be it ever so small, from making a log-pile, allowing a section of our lawns to grow long grass, or putting out water for a bird bath. “Every little helps” as they say, and this was the message put across by our April speaker, James Baker, from the Greenways Conservation Project in Ipswich.

“Greenways” exists to encourage and promote conservation groups and activists in the Ipswich area. It is an organisation which relies heavily on voluntary help to conserve, improve and protect areas of different habitats both for the creatures which live there as well as for the public to enjoy.

Through their work locally, places like Kiln Meadow, south of Ipswich, (at one time destined for mass housing) and Spring Wood near Belstead have become sanctuaries for many different species whose populations might otherwise have died out. These various conservation areas don’t just work in isolation from each other. Creatures need to commute between them, and that is where garden owners come in. No matter how small a plot you have at the rear of your house, by introducing a wildlife-friendly element into it you will have provided a stepping stone or even a bridge which will help a small creature to move between sites and interact with others of its kind.

At the moment the big worry is the decline in our hedgehog population, and we can help here too. Simply by making it possible for a hedgehog to access our gardens by creating gaps in our boundary fences or digging a small hole which passes underneath, we are opening a new hedgehog food store where there are slugs and worms a-plenty on offer! (Please don’t use slug pellets, by the way – they are poisonous to hedgehogs!) Siting a hedgehog house in a corner of the garden may well attract a needy hedgehog in the autumn, or as an overnight guest! And not only hedgehogs – the house can also shelter other small creatures such as spiders or bees. James’s talk certainly inspired us all to try and do more for our wildlife! For more information about Greenways please visit their website:   www.greenlivingcentre.org.uk/greenways

The planned war memorial in Capel will cost around £12,000 at least, so the War Memorial Group are always delighted to receive donations towards this. Capel Ladies have given £100.00 for this worthy cause, and Bill Diamond and Griff John came to our meeting in April to receive the cheque officially from our Treasurer Liz Gulliver and Chairlady Linda Evans. There is still a long way to go, of course, but at least the plans are in place.