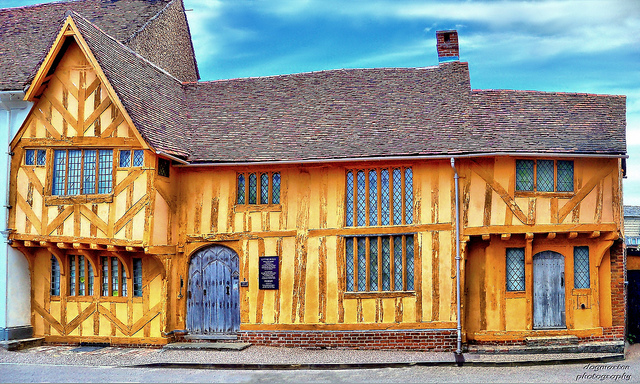 Little Hall is a beautiful half-timbered building in the centre of Lavenham, which is one of the best-preserved medieval towns in England, founded on the wealth of the wool industry in the middle ages. Built in the late 14th century for a rich merchant clothier as a personal status symbol, the Hall gradually deteriorated over the years along with the popularity of Lavenham cloth, and by the 19th century was sub-divided into six tenements occupied by 27 local labourers.

In 1924 the Hall was bought by two brothers, whose military careers had seen them travel far and wide and who were both interested collectors of art and artefacts. They restored the building back to its former glory, and filled it with their collections of art and antiquities, and it eventually passed into the hands of the Suffolk Building Preservation Trust in 1974.

It is now open to the public as well as for guided tours, and this is where fourteen Capel Ladies spent a very interesting afternoon in mid-June.  Their guide John showed them round all seven of the rooms and their contents, and told them that the whole history of Lavenham was mirrored in this very place, from its rise at the peak of the cloth trade to its decline as the Lavenham cloth industry diminished.

After their guided tour the ladies looked around the pretty back garden of the hall, and then went across to the Guildhall Café where they had a delicious cream tea, arranged for them by committee member Linda Evans. What a charming end to an enthralling afternoon!

The theme for this year’s Summer Social was, appropriately enough, Europe, and our members had all made the effort to produce plates of food for the buffet with distinct continental connections! Flags and bunting were strewn across the tables, and there was a rather tricky European Quiz, devised by Rose Chiverton, our chairlady! She even managed to ask some of the questions in various European languages! The quiz was won by Di Barker who received her prize of Belgian chocolates! The tasty food and lively chatter made for a very jolly evening! 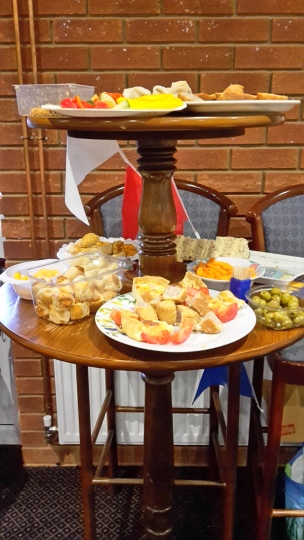