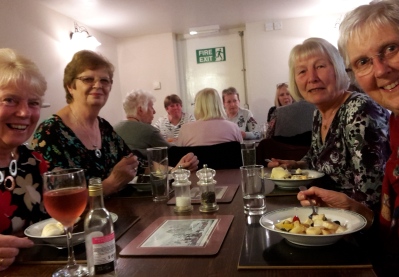 Another heart-warming meal in the cosy surroundings of The Queen’s Head, Little Wenham on a chilly February night! A large group of Capel Ladies enjoyed good food and company on our first outing of the season. Chicken Curry, Beef stew and dumplings, Chicken Tagine and Chicken Tikka Marsala were all on the menu along with a good selection of fresh vegetables, salad and chips, followed by cheese-cakes, chocolate fudge cake and fresh fruit salad; in other words, plenty of choice, and seconds if you had room! Thanks to Mark, Patsy and Linda for their warm welcome! 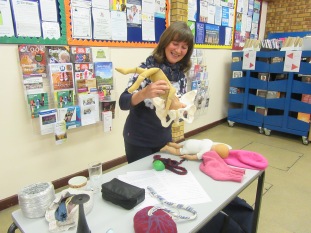 Chairlady Di Barker welcomed a full turnout of members to the first meeting in our 2018 programme, and she announced that as this is our 50th Anniversary Year there were some extra-special events planned to mark it. These would be revealed as the year went on! After introducing the new committee Di welcomed our speaker for the evening, midwife Kim Mason, who had come to tell us all about her work, and of her beliefs and values in helping women to deliver their babies safely.

Kim has been a practising midwife for forty years, having first qualified as a State Certified Nurse and then taking a hands-on midwifery course, learning on the job. She worked for a year in a general hospital and then in Leigh-on-Sea with another colleague giving mothers-to-be ante-natal and pregnancy care, taking them all the way through from ante-natal classes to delivery, and then following up with post-natal care for both mothers and babies. 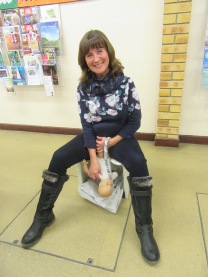 Although retired now, she is still called upon to attend occasional births. Her philosophy is to let the mothers lead when it comes to delivery – it is the midwife’s job to learn when to interfere, and to ensure a calm and comfortable environment where mothers feel able to relax and listen to their bodies. Midwives are there to “catch the baby” as Kim put it, and let women feel empowered by doing it all themselves as far as possible.

As it happens, Kim disapproves of programmes such as “Call the Midwife” as she feels that many of the stories can put mothers-to-be off completely and actually terrify them when it comes to giving birth themselves. Giving birth at home and as naturally as possible also makes for healthier babies and healthier mums, and less post-natal depression too. Only 8% of mums-to-be in the UK give birth at home today, compared to 50% when Kim started work!

Kim’s talk was both relaxed and informative and given with humour and sensitivity – exactly in the way you would imagine she did her job! 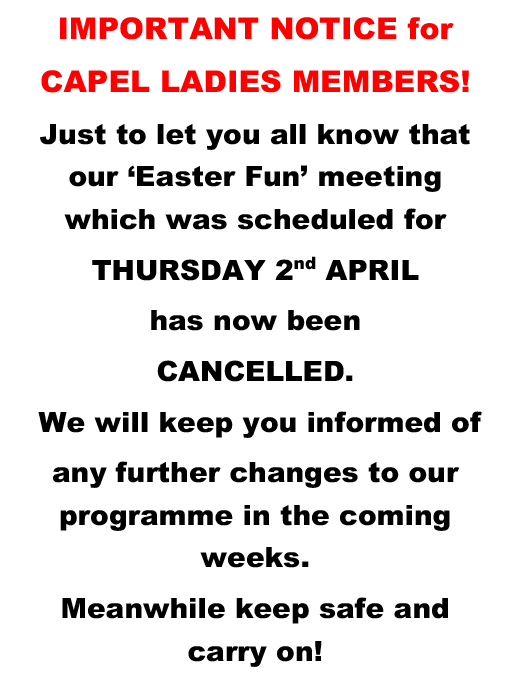