Capel Ladies’ Club was treated to a fascinating tour through a year in the life of Her Majesty the Queen by Ipswich Royal watcher Ken Stone.

The tour, of the 2012 Jubilee Year, was illustrated throughout by colour photographs, most of them taken at very close range. 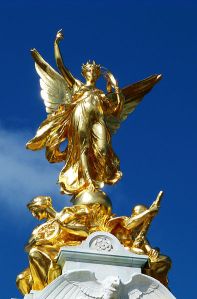 Mr Stone first became interested in the Royal Family in 1961 when his school did a project about the Queen’s visit to India.

Since then he has followed the Queen all over the country – and even abroad – photographing her, the Duke of Edinburgh and other members of the Royal Family.

His talk began with a photograph of the Victoria Memorial outside Buckingham Palace, erected to mark Queen Victoria’s Diamond Jubilee in 1897, and re-gilded in 2012 for the present Queen’s Diamond Jubilee.

Mr Stone moved on to show us his photos of various Royal appearances in 2012 at events in Sandringham, Windsor and London, and others at King’s Lynn, York, Burnham Market and Ascot. The London events included the Jubilee Pageant on the Thames, the Diamond Jubilee Service in St Paul’s, the unveiling of the Bomber Command Memorial, Remembrance Sunday, Trooping the Colour and the Olympics. The big events, watched by huge crowds, were photographed at longer range.

Mr Stone said that in his experience the Queen and other Royals are pleasant, friendly and down to earth whenever they meet people in the crowds. As an example – the Duke of Edinburgh, when asked if he was feeling better after coming out of hospital, said: “If I wasn’t, I wouldn’t be here”.

Ken Stone continues to follow and photograph the Queen’s official activities, although I suspect that 2012 will stand out as one of his busiest years as a Royal Watcher.

If you are interested in following – or even participating in – the activities of Capel Ladies, please see our website: http://www.capelladies.com or call 311870. You will be given a Right Royal Welcome!